Lease Release Form – Get Released from a Lease Agreement

A lease release form terminates a previously signed lease agreement between a landlord and tenant. Whether the landlord or tenant requested the release, the release cancels all obligations from either party to one another. If the request to be released is coming from the tenant, the landlord may charge a fee (which is within their right) such as requiring the tenant to forfeit their security deposit.

If the landlord or tenant refuses to release the other party from the lease, both parties will remain bound to each other until the end of the lease term. 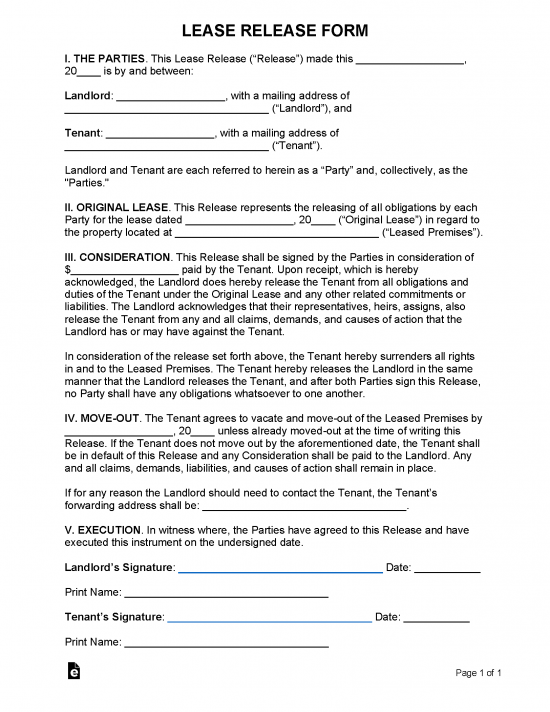 Thank you for downloading!

How would you rate your free form?